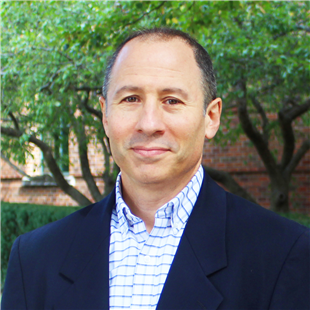 Prof. Singer received the S.B., S.M., and Ph.D. degrees, all in electrical engineering and computer science, from the Massachusetts Institute of Technology. Since 1998, he has been on the faculty of the Department of Electrical and Computer Engineering at the University of Illinois at Urbana-Champaign, where he is currently a Professor in the ECE department and the Coordinated Science Laboratory. During the academic year 1996, he was a Postdoctoral Research Affiliate in the Research Laboratory of Electronics at MIT. From 1996 to 1998, he was a Research Scientist at Sanders, A Lockheed Martin Company in Manchester, New Hampshire, where he designed algorithms, architectures and systems for a variety of DOD applications. His research interests include signal processing and communication systems. He was a Hughes Aircraft Masters Fellow, and was the recipient of the Harold L. Hazen Memorial Award for excellence in teaching in 1991. In 2000, he received the National Science Foundation CAREER Award, in 2001 he received the Xerox Faculty Research Award, and in 2002 was named a Willett Faculty Scholar. Dr. Singer has served as an Associate Editor for the IEEE Transactions on Signal Processing and is a member of the MIT Educational Council, and of Eta Kappa Nu and Tau Beta Pi. He is a Fellow of the IEEE.

In 2005, Prof. Singer was appointed as the Director of the Technology Entrepreneur Center (TEC) in the College of Engineering. He also co-founded Intersymbol Communications, Inc., a venture-funded fabless semiconductor IC company, based in Champaign Illinois. A developer of signal processing enhanced chips for ultra-high speed optical communications systems, Intersymbol was acquired by Finisar Corporation (NASD:FNSR) in 2007. Prof. Singer serves on the board of directors of a number of technology companies and as an expert witness for electronics, communications, and circuit-related technologies.

Prof. Singer enjoys many forms of outdoor sports, including competing in triathlons and marathons. He has competed at all distances from sprint and olympic distance triathlons to ultra-marathons and the Ironman triathlon.

An electronic copy of his CV is available.

We're here to help! Contact Tara Flesner, TEC Office Manager, at the phone number or email above, and you'll get a quick response during normal business hours.