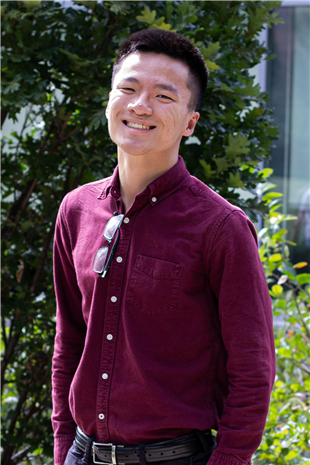 Starting now, every video you see from us, Nick had a part to play in making it: from picking up the camera to grabbing footage, and editing everything together in one pretty bow. Nick has worked with many local businesses in Champaign, such as producing Leland’s Barbershop first video for social media, which has accumulated over 11,000 views. Nick is currently a sophomore making videos with IlliniThon, a 12 hour long dance marathon, raising money for the kids at St. John’s Children's Hospital. Overall, Nick's favorite videos are the ones where he has never met the person behind the box of light, and the video leaves him with an impactful feeling. Also dog videos...specifically the ones of his dog, Sherlock.