When former Illinois student, Zach Tratar was given a chance to work for a new Silicon Valley startup, Backplane, it was an offer that he could not refuse.

While a student at the University of Illinois, Zach won the Cozad Competition for his project, Contendable.  During the time when he was working on the project, the market was fragile and there were not enough developers that were committed to Contendable.

This setback, however, did not stop Zach.  He decided to start from the beginning and work on the project himself.

After some time, Zach was offered an opportunity to work for Backplane, a startup company that that was backed by Sequoia, Greylock, Founders Fund, and Lady Gaga.  He decided that this was too good of an opportunity to pass up and shut down Contendable to accept the offer. 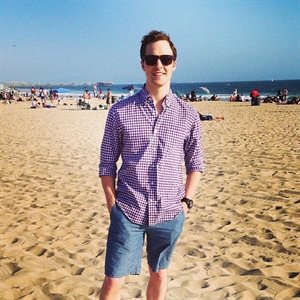 Three years later, Zach was helping lead Backplane in the creation of their projects.  Although he enjoyed his job, he noticed that generally  there was a huge problem with communication within the industry itself and many employees working in this industry were not sure what was going on.

Zach states, “Communication is extremely fragile in all environments, which means that in the daily grind, most people don't communicate their thoughts unless they find them both very important *and* popular to say. This results in the restriction of a lot of great idea flow and effective feedback.”

Vibe is a SaaS product that provides a safe, data driven platform that helps businesses have open, honest communication.  Vibe allows for employees to share what is on their mind anonymously by either sending their ideas to a specific team or the entire company.

“I'm extremely passionate about making companies more productive and think there is a big opportunity here that is almost entirely untapped -- possibly an entire new vertical to the b2b SaaS industry,” he commented.

In regards to the help that TEC provided while he was a student, “TEC was great! They were supportive and helped connect me to other entrepreneurs and first customers.  I wouldn't have entered or competed in Cozad without TEC, not only because they run it, but because I learned about it from TEC. If I had never competed, I'm not sure I'd be out here right now building my company! For that, I have much gratitude.”