STEP 2: Upon submission of the request form, you will receive an automatically generated confirmation email with the Calendly/Appointlet links of our mentors which you can use to schedule the appointment directly. 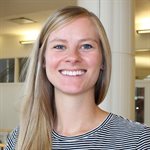 Keilin Jahnke is a TEC Teaching Assistant Professor. She recently completed her Ph.D. studies in Agricultural and Biological Engineering at the University of Illinois with a research focus on international engineering projects and the social, cultural, and political impact on rural communities. Keilin teaches courses on international engineering, innovation, creativity, and design thinking, and helps students acquire effective strategies to identify and define problems, and work through the design process and create innovative solutions.

John Thode is a successful intra/entrepreneur. He has built profitable businesses ranging from startups to multi-billion dollar companies in the mobility, computing, security, and imaging sectors. John has joined TEC as Clinical Professor for Innovation, Leadership and Engineering Entrepreneurship, and is also Founder & Chairman of Thode Residential Rental Properties, LLC. Previously, he was president of DigitalOptics Corp., where he led a significant turnaround by leading the development of a highly differentiated imaging products portfolio using computational optics and MEMS actuators. The company’s customers included Apple, Samsung, Xiaomi, and Oppo, to name a few. Over his 35-year career, John has been a significant leader in technology innovation. As a young engineer, he was an early and significant contributor in the development of the first cellular system (AMPS) that included the commercial launch of the original Motorola Dyna TAC “Brick Phone.” Subsequently, he led the development of Motorola’s first smartphone, the world’s first 3G cellphone with video chat, and the world’s first touchscreen-only smartphone, the Motorola A1000. At Dell, John led teams that developed the world’s first phablet, first 2-in-1 PC, and countless other innovations in tablets and convertibles. John has also served on several boards of directors including Illinois Super Conductor where he was President and CEO, Symbian Ltd., and Ancient Oaks Foundation, a nonprofit he and his wife founded in 2014.